With this short article, we are pleased to present all the Ferrari models that Power Service Luxury Car Hire own in its park throughout the 2019 season! All cars are available for daily, weekly or monthly rentals starting from last March 1st until next December 31st; it’s possible to rent them every day and, based on availability in the requested locations, a minimum of  4 hours notice is required, that’s because we need to guarantee always the best service to our guests.

Enjoy one of our Ferrari for your Driving Experience in Italy through the best itinerary suggested from Power Service’s Staff, wherever you are, from north to south, one of our managers will provide you with all the necessary advice to avoid wasting a single minute aboard of your wonderful NEW Ferrari! 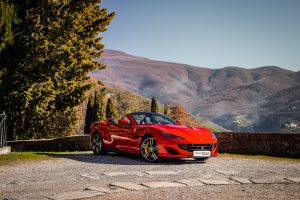 Presented as “the Ferrari for every day” (moreover, the state is pure California T progenitor), in terms of a level of comfort, versatility and adaptability to small movements snow and snow, all tranquilizers all: the new Ferrari Portofino remains a “Red” in every respect, in temperament and dynamic qualities. Certainly more malleable and comfortable than the others, but integrated with the entire DNA of a purebred sports car. 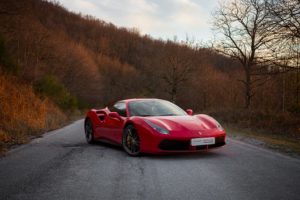 The abbreviation GTB means Gran Turismo Berlinetta and refers to 50 years ago, that is to the homonymous 275 presented at the Paris Motor Show in the autumn of 1964. But the new Ferrari 488 GTB is anything but a sports car that looks to the past. Its sharp shapes, with large areas carved into the bodywork, have not only a very strong aesthetic impact, but precise aerodynamic functions. Every detail has been studied minutely between the designers of the “Centro Stile Ferrari” (Ferrari Style Center), under the direction of Flavio Manzoni, and the engineers responsible for aerodynamics. Without showy appendages (like spoilers protruding from the bodywork) an exceptional crushing towards the ground of the car was achieved: at 250 km / h the thrust of the air is equivalent to a downward force of 325 kg (in favor of stability and stability of the road). Compared to the sophisticated 458 Italia, this value has increased by 50%, without penalizing the aerodynamic resistance (which heavily influences consumption, but also the maximum speed). The efficiency, that is the ratio between the vertical load due to the effect of air and the resistance, has improved from 53%: to achieve this result no detail was overlooked, and at the end of the 458 Italia only the roof remained. 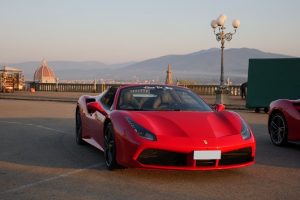 100 additional horsepower and 40% more maximum torque are just two of the figures that speak volumes about the enormous performance leap made in Maranello with the new Ferrari 488 Spider. Like the closed version, the 488 GTB, this rampant two-seater now comes with a supercharged 669-horsepower V8 capable of enhancing even the coldest of riders. But the essence of this car goes far beyond the numbers: it is necessary to taste its roar and feel, in acceleration or in curves, the push of the seat in the back to fully appreciate the great work done by the technicians of the house. But, before that, a glance is enough to grasp what this place is made of. 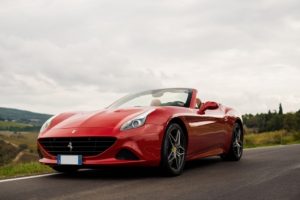 The Ferrari California T is a 2 + 2 (behind the front seats there is only a pair of tip-up seats) with multiple personalities. Leaving free rein to its 560 horsepower, the shot is breathtaking, but you can also travel in full relax, to better enjoy the view, and take advantage of the retractable hardtop (which opens and closes only when the car is stationary) for a better comfort. We had driven the Modena cabrio-coupé a couple of years ago, at the time of the launch: today, however, the debut of the new Special Handling package offers the opportunity to talk about it again. For an additional 7,076 euros, a long series of changes to the mechanics ensure a car more suited to “assault” driving, and even more engaging. 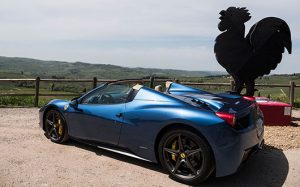 Angry look and sinuous dress, signed Pininfarina. Just a glance to understand what the Ferrari 458 Italia is made of. Maranello’s new two-seater immediately seduces with its refined shapes that speak of power and speed. They are the result of hours and hours of tests in the wind tunnel, and they draw heavily from the experience accumulated in Formula 1 races. Two examples for all: at 200 km / h the car is crushed to the ground by air with a downforce of 140 kg (which becomes 360 kg at 325 km / h); furthermore, at high speed the small “wings” in front of the radiators flex due to the effect of the air, reducing the aerodynamic resistance. 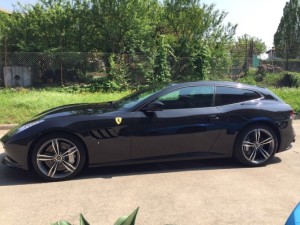 A little less than two years ago, the Maranello company transformed its FF into the Ferrari GTC4Lusso: in addition to more aggressive forms, the Cavallino granturismo was equipped with an even more powerful naturally aspirated V12 (689 horsespower instead of 660) and of the four steering wheels, without giving up the four-wheel drive or the four seats combined with a not bad trunk. In short, a “Red” for all occasions. In the GTC4Lusso T, which joins the 12-cylinder version, the traction is rear (as in the tradition of the Maranello models) and, under the long bonnet, pulses a 3.9 V8 biturbo with 610 horsepower. In essence, the engine is the same as the California T, but thanks to new pistons and modified intake and exhaust manifolds, as well as a different mapping of the electronics, in this version it provides as many as 50 HP more. In short, there is something to enjoy … 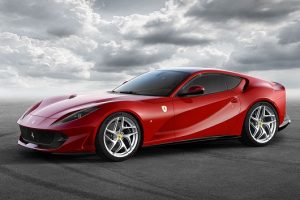 Out of 100 customers of Ferrari cars, there are 90 who choose a Cavallino car primarily for performance: only in second place is the charm of the brand and the design, original but always functional to technical and aerodynamic requirements. This is what emerges from the analysis of the Maranello-based company, which also shows how among the lucky owners of V12 engine models the annual use of the car has progressively grown, almost reaching everyday car journeys. It is on this basis that the new Ferrari 812 Superfast is born, a very fast granturismo thanks to its 799 horses, but also capable of letting itself be “tamed” in everyday use. The base is that of the F12berlinetta, but the technological innovations are so many: from the engine to the four steering wheels, without forgetting the renewed gearbox and the new electric power steering (to debut on a Red). In addition to design, of course … 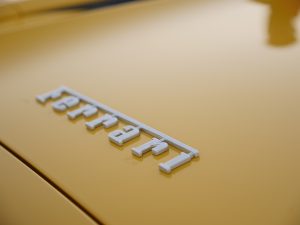 Don’t wait further, call now or send us your request by e-mail, one of our manager is ready to satisfay all you wishes and our Supercars are ready to bring you everywhere you want!

Get ready to leave the best Driving Experience ever